A few thoughts on an advertising classic
Published on
Books

A few of weeks ago, I started a new job.

(You don’t have to stalk me on LinkedIn — marketing for a data & AI biz.)

I’ve decided to go into the office a few times a week.

Now, I thought I hated commuting.

But now I’m doing it, I actually kinda love it.

“Free” as in there’s no effort required to make it happen.

If I weren't on the train, I'd probably be sleeping.

(In other words, I’ve Atomic Habits-ed it.)

I get roughly 1hr extra reading time every day.

And oh boy, I’ve been using it.

I’m chopping down books quicker than Bezos can chop down the Amazon to keep… uh… printing books and mailing them to me?

(I use sometimes use AbeBooks because it makes me feel somehow ethical. But I have to admit, Prime is very good. Sorry.)

Anyway — this all means one thing.

Who was David Ogilvy?

...and why is he an interesting fella?

Scotsman David Ogilvy is lauded as one of the founding fathers of modern advertising.

He founded the advertising agency, Ogilvy & Mather, in New York in 1948.

It remains one of the most well-regarded agencies in the world (now Ogilvy).

He lived a varied, interesting life.

By way of scholarship, he attended a well-regarded private school in Edinburgh, followed by Christ Church, Oxford.

But, after 2 years, he was kicked out of Oxford.

So, he moved to Paris to work as a chef for a year, before returning to Scotland to sell AGA cookers door-to-door.

(Ogilvy’s time selling door-to-door had a significant impact on his approach to marketing later in life.)

A whistle-stop tour of Ogilvy’s other pre-Ogilvy & Mather occupations:

And only then - after realising that he wasn’t best suited to farming - did he decide to up sticks to Manhattan to found Ogilvy & Mather.

Enjoyable and easy to read

From the off, it’s laden with charming examples of 20th-century advertising.

And easy to use in practice, too.

It’s worth mentioning that - aside from being an excellent primer in advertising - the book itself is beautiful.

(It might not be the most important thing, but the simple, striking cover looks rather nice around the house.)

And if you’re short on inspiration, flicking through the book will surely jolt your brain into action.

“The best ideas come as jokes. Make your thinking as funny as possible.”

One could say there’s talk of outdated mediums; or mediums that have fallen out of favour.

For instance, print and TV aren’t exactly the be-all-end-all in marketing anymore.

(Unfortunately, there are no chapters on LinkedIn ads.)

But Ogilvy focuses on principles that underpin every channel.

So, outdated or not — the historical insights certainly don’t detract from the relevancy of the book, and in my view, they add a whole load of charm.

Focuses on the fundamentals

The book is a great primer on advertising fundamentals.

Central to this is the importance Ogilvy places on research and testing, which I found particularly interesting.

(As mentioned, before founding Ogilvy & Mather, Ogilvy was a research director at Gallup.)

“Never stop testing, and your advertising will never stop improving.”

Given how easy it is to test copy and creative in 2022 - especially when compared to most of the 20th century - we ought to routinely remind ourselves of its importance.

There’s plenty on copywriting, brand, layout and other disciplines that it’s well worth keeping front of mind, too.

The sale is king

The way he approached each discipline piqued my interest.

Ogilvy unpacks each discipline - copywriting, brand, layout, etc. - through the same lens: that the primary goal of marketing is to sell.

The time Ogilvy spent as a door-to-door AGA salesman seemed to instil this in him.

(The book has made me consider a stint in sales, or at the very least, writing direct response ads. Watch out, QVC.)

He suggests that too often marketing departments focus on creativity over results.

Rather, Ogilvy says that one’s focus as a marketer should be selling at scale.

It’s nice to get back to basics.

What I’m chewing on

So, what were my main takeaways?

So, there you have it.

A few quick thoughts on a classic marketing book.

If you’ve read it, let me know what you think. And if you haven’t, I recommend it.

Plus, it looks quite charming on your coffee table when you’re done.

Find the book on Amazon...or AbeBooks.

Enjoy this article? Subscribe for more
Thanks for subscribing!
Oops! Something went wrong while submitting the form. 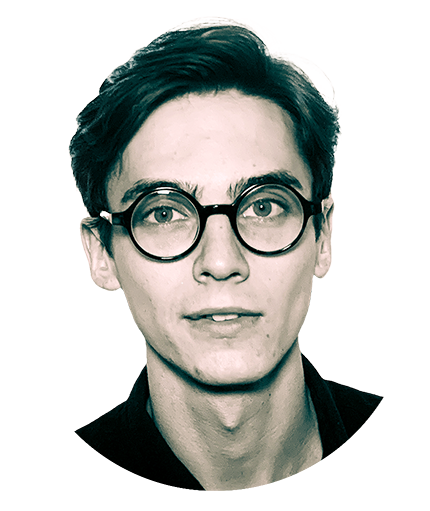 Hey, I'm Aidan. I share stuff that I learn on this blog, because people smarter than I am say it's a good idea.

For early adopters
A monthly email about marketing, business and if you're unlucky, philosophy
Thanks for subscribing!
Oops! Something went wrong while submitting the form.